Skip to content
Once I completed building the core for the new prototype, I faced the problem of winding a field coil around it. As this coil will be heated along with the core, I’m not going to be able to use regular magnet wire, as its insulation is only good to 200°C. To get around that problem, I’m using bare copper wire and then forcing high temperature cement between each strand so they don’t touch and short out.

The core pies are welded so they are connected electrically, but the completed structure is not physically strong. In order to prevent it falling apart, I need to use an external brace. Here are those reinforcement pieces before clamping them around the core. At first, I thought I could use that wooden insert as both a winding key and to hold the core together when the long bolts of the external brace are removed during the winding process. 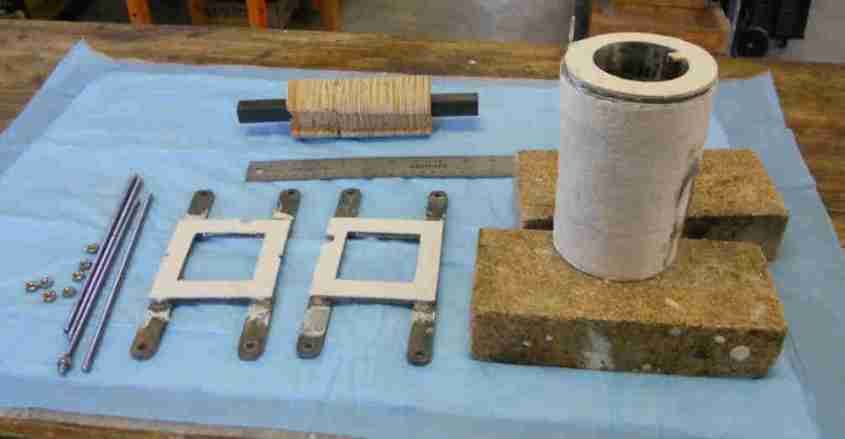 Here is the problem:

Note that once the long bolts are in place, they prevent the copper from winding around the core and must be removed.  So I abandoned the wood insert and made a metal one which grips the clamping bars much more tightly.

The square rod sitting alongside is what will make the whole unit turn. 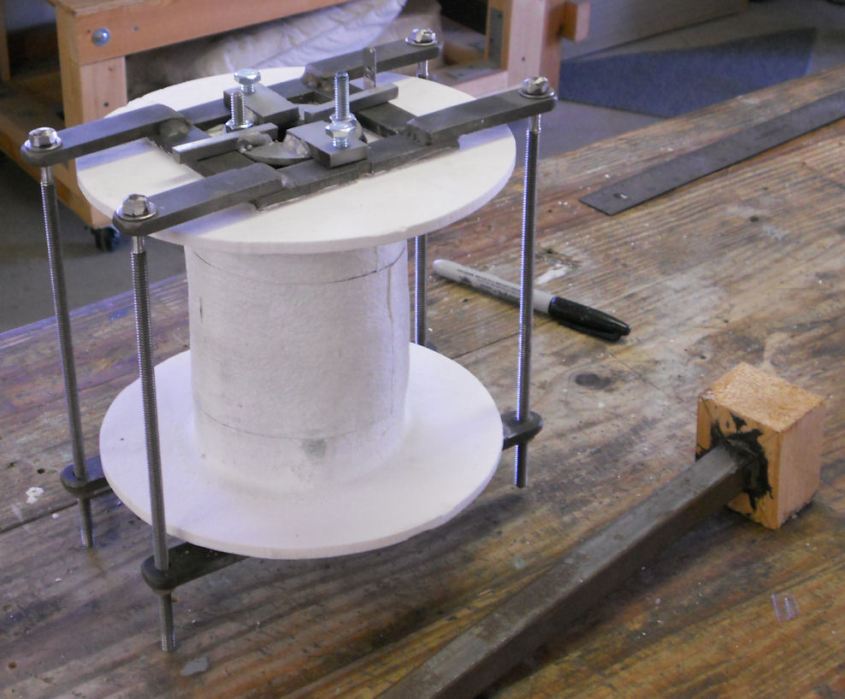 In order to provide a constant space between the strands in which to place high temperature insulating cement, I wound the copper with string alongside it. Once a layer was completed, I removed the string and filled the space it left with cement.

As each layer needed to dry before I started the next one, this turned out to be a long project.

To make what I’m doing more clear, this is a cut-away drawing of how the windings wrap around the core and are insulated from one another.

There are 12 layers of windings, but I only drew two in this picture of the core’s top half because I’m lazy. Insulation shown in this picture is for electricity, not so much for heat.

A bit of the generator